Born in Landshut, Bavaria, Ludwig Andreas Feuerbach was the son of Anselm Feuerbach, the influential jurist and legal reformer. The young Feuerbach studied theology at Heidelberg and Berlin, transferring to philosophy in 1825 after hearing the lectures of Hegel. He received a doctorate at Erlangen in 1828, where he assumed a teaching position. In 1830 he published anonymously Thoughts on Death and Immortality, which charged that Christianity is an egoistic and inhumane religion. The essay caused a scandal, and when the identity of its author became known in 1837, Feuerbach was dismissed. He lived the remainder of his life on a small pension from the Bavarian government, the income from his writings, revenues from his wife's investments, and in later years on the generosity of his friends. Between 1836 and 1843, Feuerbach collaborated with Arnold Ruge on a journal published in Halle, in which many of his writings first appeared. He broke with Ruge in 1844, when the latter joined Karl Marx in publishing the German-French Annals, though Feuerbach contributed to the first issue. While the young Marx admired Feuerbach and his work, Feuerbach's political views were liberal rather than radical. Feuerbach's chief writings are The Essence of Christianity (1841), Principles of the Philosophy of the Future (1843), The Essence of Religion (1846), and Theogony (1857). He maintained an extensive correspondence with admirers of his work throughout Europe. Feuerbach, a leading representative of the "Young Hegelian" or "Left Hegelian" philosophical movement, interpreted Hegel's philosophy in a radically humanistic way. He held that metaphysics, including Hegelian speculative philosophy, is only a later and more intellectualized version of religious consciousness, which must be seen through and abolished if humanity is to be free. According to Feuerbach, the real object of our idea of God is the human essence-the human species considered ideally and collectively as a social whole. In primitive religion this idea is grasped intuitively but naively projected outward in the form of one or more separate beings. In later and less innocent stages of human history, the alienated idea of a divine lawgiver and judge is used to confirm the tyrannical power of rulers and priests over human beings. Like other Young Hegelians, Feuerbach advocated the abolition of religious consciousness. He maintained that doing so would liberate humanity from alienation and point the way to a reformed society of equals. In such a society self-denial would be replaced by the affirmation of life, and the human (especially sexual) love that is repressed by religion would be recognized as sacred in its own right. 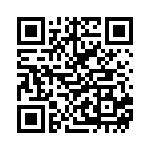