Tim Riley is the author of Tell Me Why and Hard Rain. His commentary on pop culture has appeared in The Washington Post, Boston magazine, The Boston Phoenix, Salon, and Feed. He is currently the pop critic for NPR's Here and Now. He lives in Boston, Massachusetts. 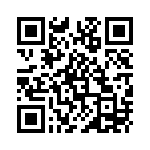