Rebecca Hamilton is a special correspondent for The Washington Post in Sudan with support from the Pulitzer Center on Crisis Reporting and a fellow at the New America Foundation. In 2007 she was selected as a Global Young Leader on genocide Prevention for spearheading the campaign for Harvard University to divest from companies doing business with Sudan and working with internally displaced populations in Sudan. She worked for the prosecution at the International Criminal Court in The Hague, including work on their historic Darfur cases. Currently a resident of New York, Hamilton is a graduate of Harvard Law School and the Harvard Kennedy School, as a former Open Society fellow. 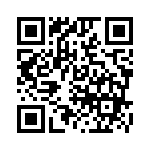