Another excellent book by Mark Wiley. This book gives an overview of twenty seven different styles many of which I didnt even know about. If you like FMA youll like the book. Read full review 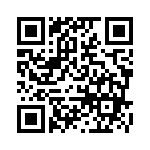