Is there any particular reason this book is $100+?
I'd love to read it but what on earth is going on there?

LINDA BADLEY is Professor of English at Middle Tennessee State University. She has published articles on fantasy, film, and gender. She is currently working on a book on the horror fiction of Stephen King, Clive Barker, and Anne Rice. 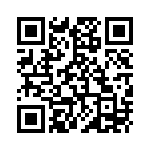