Nathan Andersen teaches philosophy and film studies at Eckerd College in Saint Petersburg, Florida, USA. He programs an award-winning cinema series and is the co-director of the "Visions of Nature/Voices of Nature," Environmental Film Festival. He is the author of Shadow Philosophy: Plato’s Cave and Cinema (2014, Routledge), and has published on the history of philosophy, environmental philosophy, and film. 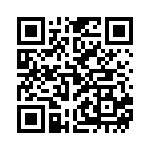