This is an autobiography of Gerda Lerner, a political activist who later became an early women’s historian and teacher, before she became a historian in her early 40s. Lerner, who was born and raised ... Read full review

Fireweed: A Political Autobiography (Critical Perspectives On The P)

Past president of the Organization of American Historians and the author of numerous books of history and essays (e.g., Why History Matters), Lerner has produced a grand and beautiful work, well ... Read full review

Gerda Lerner, a past president of the Organization of American Historians, is Robinson-Edwards Professor of History, Emerita, at the University of Wisconsin-Madison. Her eleven books in history include Creation of Patriarchy, Creation of Feminist Consciousness, Why History Matters, and Black Women in White America: A Documentary History. 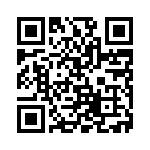