Excellent discussion of a terrifically useful concept. Finding a way to move from what's urgent to what's important. Like all such books, it goes on too much, but get the key idea and it's (barely) worth slogging through the inevitable self-congratulatory/evangelical dross. Read full review

Recognized as one of Time magazine's twenty-five most influential Americans, Stephen R. Covey (1932-2012) was an internationally respected leadership authority, family expert, teacher, organizational consultant, and author. His books have sold more than twenty-five million copies in thirty-eight languages, and The 7 Habits of Highly Effective People was named the #1 Most Influential Business Book of the Twentieth Century. After receiving an MBA from Harvard and a doctorate degree from Brigham Young University, he became the cofounder and vice chairman of FranklinCovey, a leading global training firm.

A. Roger Merrill, cofounder of the Covey Leadership Center (now FranklinCovey), has more than forty years of experience as a line manager, senior executive, executive coach, consultant, and teacher. Roger is the author of Connections: Quadrant II Time Management, coauthor of The Nature of Leadership and Life Matters: Creating a Dynamic Balance of Work, Family, Time, and Money. 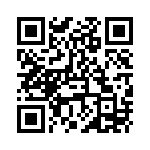