Seeking Solutions With the slew of foreign policy books our there currently, this might very well be one that you should get. Unlike a lot of academic texts that I read, the authors, Ashraf Ghani and ... Read full review

Re: Request for the book review
I’m intending to reviews the book titled “Fixing the Failed State” by Asharaf Ghani and Clare.
The purpose of my review is to properly check the contents that would suit my interests since I’m also an emerging researcher.
Please, accept the assurances of my highest regards
Thanks

Ashraf Ghani played a central role in the design and implementation of the post-Taliban settlement in Afghanistan, serving as UN adviser to the Bonn process and as Finance Minister during Afghanistan's Transitional Administration. He has worked at the World Bank and taught at Johns Hopkins and
Berkeley universities. He has been nominated for the job of Secretary General of the United Nations and considered for the job of President of the World Bank. He chairs the Institute for State Effectiveness.

Clare Lockhart is co-founder and director of the Institute for State Effectiveness, established in 2007 to advise leaders on transformation of countries from instability to stability. From 2001 to 2005, she lived and worked in Afghanistan, first as a member of the UN negotiation team and then
advising the Afghan Government, leading design of several national initiatives. She now advises leaders on a range of countries across Asia, Africa and the Americas. She was educated at Oxford, Harvard and is a member of the Bar of England and Wales. 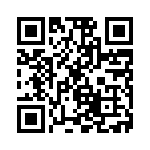