Rodney Brooks is Director of the MIT Artificial Intelligence Laboratory, & Fujitsu Professor of Computer Science. He is also Chairman & Chief Technical Officer of iRobot Corp. (Formerly IS Robotics). He was a research scientist at Carnegie Mellon University & at the Artificial Intelligence Laboratory of MIT before joining the Computer Science faculty of Stanford in 1983 & the MIT faculty in 1984. He was a founder of Lucid, Inc. He is also a Founding Fellow of the American Association for Artificial Intelligence (AAAI) & a Fellow of the American Association for the Advancement of Science (AAAS). He was co-founding editor of the International Journal of Computer Vision & is a member of the editorial boards of various journals, He is a member of the Brain & Cognitive Science Board of MIT Press. His books include Model Based Computer Vision (1984), Programming in Common Lisp (1985). 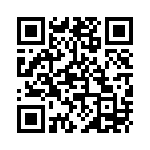