I read this biography in the hopes of shedding the cliche Florence Nightingale has inadvertently become in my mind. The very name conjures up a saintly figure of epic kindness. A woman with angel ... Read full review

I had high expectations for this book as I generally enjoy reading biographies of women and remember being interested in Florence Nightingale as a child. Unfortunately this book did not live up to my ... Read full review

Vera Brittain was born on 29 December 1893 in Newcastle-under-Lyme. She came from a middle class Staffordshire family, and her father was a director of the family paper business. Her only sibling was Edward, two years her junior. She left St Monica's School in Surrey in 1911, came out as a provincial debutante in her hometown of Buxton in Derbyshire, and for the next two years attended an endless round of social engagements. By 1913 she had decided to apply to Oxford - a remarkable ambition for a woman of her time. Her intellectual powers were stimulated by her brother's best friend, Roland Leighton, who had been at Uppingham School with Edward, and who was also planning to go to Oxford. Having won an exhibition to study at Somervile College, Oxford, Brittain passed the Oxford University entrance exam shortly after the outbreak of war in August 1914. Her dream of studying alongside Edward and Roland was shattered by the First World War. Edward, Roland and two other friends, Victor Richardson and Geoffrey Thurlow, all enlisted and were soon called to the Western Front. Anxious to imitate their example, Brittain - who became engaged to Roland Leighton in 1915 - left Oxford and joined a Voluntary Aid Detachment as a nurse, serving in England, Malta and France. By the end of the war, all the men in her life had been killed, and Brittain returned to Oxford. After University, she beg 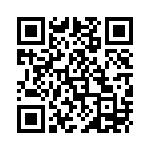