Thomas Harvey Greene, Jr., better known as Tommy Greene, a native Madison County Floridian, was born October 28, 1938, with far more energy and imagination than control. Growing up in his Daddy’s crosstie swamps and the deep woods of the turpentine camps gave young Tommy Greene a perspective of life, never dreamed of by his rural or urban counterparts. Everyone needs a place they can go. He says, to “step into outer space,” and let their brain float free; free to imagine, to dream and to bring their dreams to reality. Tommy Greene’s “outer space” is the deep swamps and backwoods of North Florida and South Georgia. After struggling through high school, with no college education or skills, Greene came out of the woods and joined the Army during the Vietnam era. After returning home, he married his childhood sweetheart and launched himself into a newspaper career. Ten years later, he was elected President of the esteemed Florida Press Association. In a few short years, Greene Publishing, Inc. had become the largest independently owned chain of weeklies in the state. At seventy-three, he has long since turned the group of newspapers over to his daughter and her daughters to carry on. He now enjoys his art, writing and publishing books. In front of his large office building, which stands alone on top of a hill, there are four tombstones which read, “Impossible, Can’t, If and But.” Those words are dead and buried, and are not allowed in any conversations. 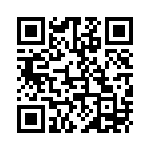