Forkish—chef and owner of Ken's Artisan Bread and Ken's Artisan Pizza in Portland, OR—is passionate about baking; he's still nurturing a levain he started in 1999. His first book is exceptionally ... Read full review

Gathering dust on a back shelf was this 5 qt. Lodge dutch oven my wife got me a few years ago. Never thought I'd use, but I didn't want to toss it either. And then, as a Christmas gift, I received Ken Forkish's book and it changed my life.
Well, it certainly changed how I bake bread. I am now producing "artisan" quality breads - even complex sourdough breads - in my "standard" home oven. Something I wasn't able to do even with my trusted reference "The Bread Bible." Ken's book filled in the spaces that Beth's book just didn't cover to my satisfaction.
Perhaps it is a bit technical, but I'm an engineer and that's the way I like it. Great tips, and recipes - straight forward, and easy to follow. Few "special" tools are necessary, such as the dutch oven and a 2kg scale (he suggests others, but I haven't needed them), but the rest is done with your hands.
For any serious home bread maker, it is well worth owning.

After a twenty-year career in the high-tech industry, KEN FORKISH decided to leave Silicon Valley and corporate America behind to become a baker. He moved to Portland, Oregon, and opened Ken's Artisan Bakery in 2001, followed by Ken's Artisan Pizza in 2006. Forkish trained at the San Francisco Baking Institute, the CIA Greystone, Toscana Saporita in Italy, and l'Institut Paul Bocuse in France. 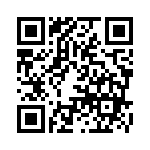