Don R. Brothwell is an archeologist and author of The Bog Man and the Archeology of People. He teaches at the University of York. Patricia Brothwell is a writer and researcher. 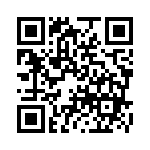