Fools for scandal: how the media invented Whitewater

Lyons argues that Whitewater is basically a hoax created and sustained by the media. He singles out the New York Times for special attention and offers a detailed critique of its Whitewater coverage ... Read full review

Gene Lyons was born in New Jersey and educated at the University of Virginia, where he earned his Ph.D. Lyons was a professor at the University of Virginia before he decided to pursue his writing career full time. Currently, Lyons is a columnist for the Arkansas Democrat-Gazette. Lyons wrote "Widow's Web" and "Fools for Scandal: How the Media Invented Whitewater," both of which are heavy into politics and the media. He was also the winner of the National Magazine award for Public Service for his article "Why Teachers Can't Teach". 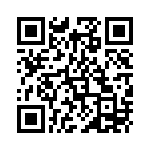