Having lived, studied and worked in the Marshall Islands from 1981 until the present, author Jack Niedenthal speaks fluent Marshallese. His wife, Regina, is a Bikini islander. They have five children and one grandchild. His first six years in the Marshalls were all spent in the isolated jungles of the outer islands. He was a Peace Corps volunteer on Namu Atoll (1981-84). He then contracted to work with the Bikini Council on Kili Island (1984-late 1986) teaching English to the adults, teaching in the elementary school and working with the Kili/Bikini/Ejit Local Government Council. After the death of former Trust Liaison, Ralph Waltz, he was asked by the Council to begin work as the Trust Liaison for their local government (1987 to present). Duties of the Trust Liaison for the People of Bikini include the management and coordination of the funds allocated by the United States government to compensate the Bikinians for their suffering and to facilitate the radiological cleanup of Bikini Atoll. He acts as a liaison for the Council to the media, the U.S. government and its various agencies, the scientists who work on Bikini, the Bikini Council's attorney, trustees, money managers, construction companies, engineers, project managers, auditors and business associates. The Trust Liaison also coordinates travel schedules, is used as an advisor and translator, manages the Bikinians' scholarship program, and is responsible for the Bikini Council's accounting. He also manages the Bikini Atoll Dive Program for the Bikinians He has published a number of articles and photos about the people of Bikini in World View magazine, The Health Physics Journal, the San Francisco Chronicle and others. He is also an award winning filmmaker/producer/director of full-length feature Marshallese language films that include Ńa Noniep (2009), Yokwe Bartowe (2010), Lańinbwil's Gift (2011) and Ainikien Jidjid ilo Boń (The Sound of Crickets at Night) (2012). He founded Microwave Films of the Marshall Islands. 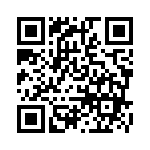