"Some things cannot be molded to your will. I will always be a weapon and a danger to you and those around me.”
This is a great little Omegaverse novella. I loved this heroine! She was sarcastic & had a few funny quips, especially in the beginning of the story. It's always refreshing to have an Omega that doesn't fight the bond/her attraction to the Alpha and recognizes what he could provide for her. Except in this situation she did fight her attraction to the Alpha, but the conflict wasn't between the Alpha/Omega, it had to do with the Omega's gift.
In Alison Aimes Ruthless Warlord series all the Omegas have gifts, and I really liked what she did with the heroine's gift in the book. I can't imagine how isolated the Omega must have felt and admired her strength through adversity. As usual, Aimes' writing was fast-paced and vibrant.
"But what she liked best of all about her latest jailer was the haunted look in his incandescent gaze. As if he knew pain. Betrayal. Struggle. As if, like her, he’d experienced set back. Instinct cried for her to slide to her knees and worship at his feet. Care for him. Heal him. But that was not her lot in life. And chances were good that, like always, she was allowing for far more decency in the Alpha than he deserved."
This ended up being a touching love story of two outcasts finding love <3 Recommend if you're in the mood or a short, quick Omegaverse love story.

Alison Aimes is the award-winning author of the sizzling, dark mafia omegaverse Ruthless Warlords series as well as the steamy, prison planet Condemned series. She lives in Maryland with her husband, two kids, her dog and a serious stash of chocolate. 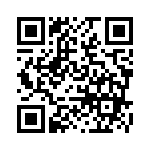