Mia Tuan is an assistant professor of sociology at the University of Oregon. 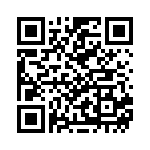