Eric Foner is the DeWitt Clinton Professor of History at Columbia University. His special area of study has been the Civil War and Reconstruction, slavery, and 19th-century America. Among his dozen books is Reconstruction: America's Unfinished Revolution, 1863-1877, widely considered to be the definitive work on Reconstruction, which won the Los Angeles Times Book Award for History, the Bancroft Prize, and the Parkman Prize, among other honors. He served as president of the American Historical Association in 2000 and has been a member of the American Academy of Arts and Sciences since 1989. He reviews books frequently for the Los Angeles Times, The New York Times, and The Washington Post.

Joshua Brown is executive director of the American Social History Project/Center for Media and Learning at the Graduate Center, City University of New York. He is the author of Beyond the Lies, a book on gilded-age America, and co-author of the interactive CD-ROMS and groundbreaking textbook (1990, 2000) Who Built America? He is also the coexecutive producer of the noted Web projects "History Matters" and "The September 11 Digital Archive." 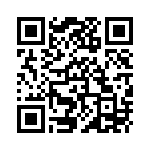