It's an impressive work for a first publication, and complimentary to other conservatives such as Ben Shapiro and Jordan Peterson. His positivity and clear thinking makes this quite an enjoyable read and I think it can be consumed by right and left alike if people are willing to open their brains into a different viewpoints and experience than their own (remember when we used to do that?).

Dan Crenshaw served as a Navy SEAL for a decade, achieving the rank of Lieutenant Commander. After being wounded in Helmand Province in 2012, he lost his right eye and required surgery to save the vision in his left. He earned two Bronze Star Medals, one with Valor, the Purple Heart, and the Navy Commendation Medal with Valor. Retiring from the military in 2016, Crenshaw earned a Master of Public Administration from Harvard University's Kennedy School of Government in 2017. He was elected to the United States House of Representatives in November 2018, where he represents the Second Congressional District of Texas. He lives with his wife, Tara, and two dogs, Joey and Luna, in Houston. 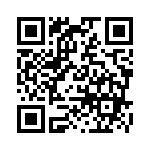