Inderjeet Parmar is professor of international politics and head of the Department of International Politics at City University London. He is the coeditor of Obama and the World: New Directions in U.S. Foreign Policy and Barack Obama and the Myth of a Post-Racial America. His new book project is entitled Presidents and Premiers at War: Race, Elitism, and Empire in Anglo-American Wars from Korea to the War on Terror. 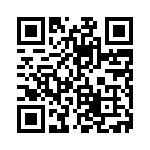