Isaiah Berlin was the idiot savant of 20th Century English political philosophy, allegedly responsible for formulating some of the era’s most well-known critical theses--”negative” vs. ”positive ... Read full review

This is an important work for students of liberal thought. Read full review

Philosopher, political theorist, and essayist, Isaiah Berlin was born in 1909 to Russian-speaking Jewish parents in Latvia. Reared in Latvia and later in Russia, Berlin developed a strong Russian-Jewish identity, having witnessed both the Social-Democratic and the Bolshevik Revolutions. At the age of 12, Berlin moved with his family to England, where he attended prep school and then St. Paul's. In 1928, he went up as a scholar to Corpus Christi College in Oxford. After an unsuccessful attempt at the Manchester Guardian, Berlin was offered a position as lecturer in philosophy at New College. Almost immediately, he was elected to a fellowship at All Souls. During this time at All Souls, Berlin wrote his brilliant biographical study of Marx, titled Karl Marx: His Life and Environment (1939), for the Home University Library. Berlin continued to teach through early World War II, and was then sent to New York by the Ministry of Information, and subsequently to the Foreign Office in Washington, D.C. It was during these years that he drafted several fine works regarding the changing political mood of the United States, collected in Washington Despatches 1941-1945 (1981). By the end of the war, Berlin had shifted his focus from philosophy to the history of ideas, and in 1950 he returned to All Souls. In 1957, he was elected to the Chichele Chair of Social and Political Theory, delivering his influential and best-known inaugural lecture, Two Concepts of Liberty. Some of his works include Liberty, The Soviet Mind: Russian Culture under Communism, Flourishing: Selected Letters 1928 - 1946, Political Ideas in the Romantic Age: Their Rise and Influence on Modern Thought, and Unfinished Dialogue, Prometheus. Berlin died in Oxford on November 5, 1997. 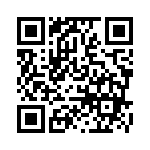