Myriam J. A. Chancy is a Haitian scholar and writer born in Port-au-Prince, Haiti, and raised in Canada. She is an assistant professor of English at Vanderbilt University. 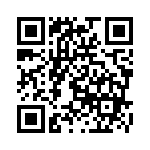