This is a solid biography of Frank Lloyd Wright. Full of anecdotes and quotes from Wright's own Autobiography, Huxtable's book tells the true story of a crazy genius. I went into this book already a ... Read full review 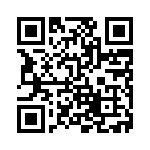