Frank Lloyd Wright: An Autobiography (Review)
Frank Lloyd Wright: an Autobiography is a well written and well structured piece of literature. Being an autobiography, the book was obviously written by The Mr. Frank Lloyd Wright himself. Wright uses a very detailed, informative style of writing to portray his life, and personal history thus far.
Wright’s book was originally published in the golden year of 1943 by the highly esteemed publishing company, Pomegranate Communications. This heart-warming piece of literature was well received by critics of its day, and still is to this very day.
This strikingly beautiful piece of written work is the closest thing to flawless that has ever been constructed. I have read this book numerous times, and never have I found a single flaw within the gold-trimmed covers of this modern day bible, so to speak.
Any person who is on the fence about reading such a timeless classic by one of the greatest innovators ever to exist, I strongly suggest you read it. It is a very intriguing piece that deserves the affection, and adornment of all who are literate. If you read this wonderful autobiography, you will not regret it. 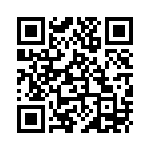