Parts of this book were quite engaging and the Dalai Lama's personality shone through. Much of it though was tedious. I found I quite prefer when he sticks to Buddhist philosophy, whether in more ... Read full review

The journey of the current Dalai Lama from his childhood in Tibet to his exile in India. The earliest years give a bittersweet sense of what it was like to be pulled from his family as a child and ... Read full review

His Holiness The Fourteenth Dalai Lama, Tenzin Gyatso, is the spiritual leader of Tibet and head of their government-in-exile. Since 1959, His Holiness has received over eighty-four awards and honorary doctorates, including the Nobel Peace Prize and the U.S. Congressional Gold Medal in recognition of his message of peace, nonviolence, interreligious understanding, and compassion. 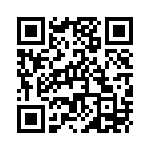