A comprehensive overview of the ramp up of industrialization in the USA from a sleeping peace time economy to a roaring war time behemoth. Yes, it glorifies capitalism and industry at the expense of ... Read full review

Strongly biased towards a business perspective, particularly in his peroration. Still, a very compelling story about how American manufacturers ramped up to equip and support the US and its allies ... Read full review

Arthur Herman, visiting scholar at the American Enterprise Institute, is the author of How the Scots Invented the Modern World, which has sold more than half a million copies worldwide. His most recent work, Gandhi & Churchill, was the 2009 finalist for the Pulitzer Prize in General Nonfiction. 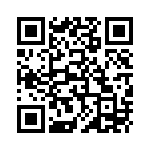