Disclosure: I was supposed to receive a copy of this book through the First Reads program but never did. I obtained my own copy in order to write my review. ---- "French Twist: An American Mom's ... Read full review

This is a delightful read, presenting lots of ideas about lifestyle and good manners to ponder. It is pointed out there are several ways American children seem to be missing the mark for acceptable ... Read full review

Catherine Crawford is a contributor to Droolicious on Babble.com, and the parenting website What They Play, where she conceived of and has written the Mothership column. She has appeared on CBS and Fox to discuss issues related to balancing work and motherhood. She lives with her husband, writer Mac Montandon, and their two children in Brooklyn. 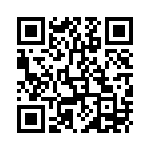