Johann Christian Friedrich Hölderlin (20 March 1770--6 June 1843) was a major German lyric poet. His work bridges the Classical and Romantic schools. Having spent most of his life tormented by mental illness, he suffered great loneliness, and often spent his time playing the piano, drawing, reading, writing, and enjoyed traveling when he had the chance. Although he received little recognition during his lifetime, he has come to be considered one of Europe's greatest poets. His visionary work--at once local and cosmic--has influenced such figures as Rilke, Heidegger, Celan, and Cixous.

Christopher Middleton was a highly regarded poet, essayist, and translator. He was born in Cornwall in 1926 and studied at Merton College, Oxford. In 1966 he took up a position as Professor of Germanic Languages and Literature at the University of Texas, Austin, retiring in 1998. His various awards include the 1986 Schlegel-Tieck Prize for German Translation, and an Award for Literature from the American Academy of Arts and Letters. Christopher Middleton died in November 2015. 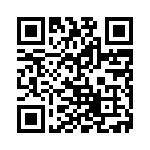