tienne Gilson (1884-1978) was a renowned French philosopher and historian of philosophy, and a member of the prestigious French Academy. He was a prominent leader in the twentieth-century resurgence of the philosophy of St. Thomas Aquinas. Among his books are The Unity of Philosophical Experience, The Spirit of Medieval Philosophy, and The History of Christian Philosophy in the Middle Ages. 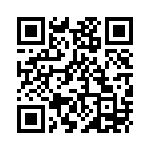