FREDERICK ZILIAN, JR. is the chair of the History Department at Portsmouth Abbey School in Portsmouth, Rhode Island, where he teaches German, European History, and U.S. History. A 1970 graduate of the U.S. Military Academy, the author served in various command, staff, and teaching positions throughout a 21-year Army career as an infantry officer including tours in Germany, Korea, at the Pentagon, and teaching assignments at both the U.S. Military Academy (Department of Social Sciences) and the Naval War College (Strategy Department). 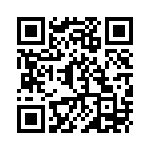