Joseph C. Bigott is an assistant professor in the Department of History and Political Science at Purdue University, Calumet. 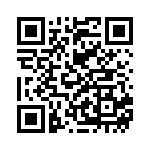