Kirk Ludwig is a Professor in the Philosophy Department and the Cognitive Science Program at Indiana University, Bloomington. He taught at the University of Florida from 1990 to 2010 and was the Colonel Alan R. and Margaret G. Crow CLAS Term Professor from 2008 to 2010, when he joined Indiana University, Bloomington. He works primarily in the Philosophy of Mind and Action, Philosophy of Language, and Epistemology. He is the editor of Donald Davidson (CUP, 2003), co-author with Ernie Lepore of Donald Davidson: Meaning, Truth, Language, and Reality (OUP, 2005) and Donald Davidson's Truth-theoretic Semantics (OUP, 2007), and co-editor with Ernie Lepore of Companion to Donald Davidson (Wiley-Blackwell, 2013). 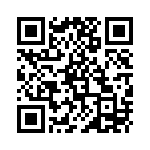