ANDREW G. TRAVER is Assistant Professor of Ancient and Medieval History at Southeastern Louisiana University. He has published widely on the ancient, medieval, and early modern periods. His research interests focus on the transmission of ancient thought into the medieval period, particularly the rediscovery of ancient learning in the 12th and 13th centuries. 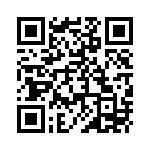