John Allison grew up in Belfast and attended St Columba's College, Dublin. He has known HMS Caroline all his life and served in her when she was a training ship in the early 1960s as an Ordinary Seaman and later in the rank of Midshipman and Sub Lieutenant. John's later career took him to English Heritage and the British Museum and he has retained his interest in all things maritime through the Society For Nautical Research John was one of the very first to step aboard when HMS Caroline was opened to the public on the 100th anniversary of the Battle of Jutland. He takes great pleasure in witnessing her new life as a museum and visitor attraction. 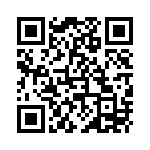