Jonathan Di John is Lecturer in Political Economy of Development at the School of Oriental and African Studies, University of London, and a Research Fellow at the London School of Economics. 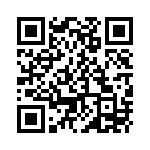