A leading historian of the Holocaust, Dawidowicz transports the reader from 1938, when she studied in Vilna, Poland, through 1946, when she returned to Europe to assist Jewish survivors. This is a ... Read full review

Nancy Sinkoff is associate professor of Jewish studies and history at Rutgers University, specializing in the history of Eastern European Jewry. She is the author of Out of the Shtetl: Making Jews Modern in the Polish Borderlands. 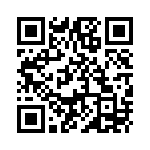