Author: Ana Fuentes
Publisher: Penguin GroupISBN: 978-0-14-242738-5
Listening to some of my friends' experiences, after they traveled to China, presents quite a glamorous picture of a country that is slowing emerging from the dark ages. However, after reading Ana Fuentes From the Dragon's Mouth: 10 True Stories that Unveil the Real China a very different image surfaces and the glamor quickly vanishes, presenting something which is not exactly pretty.
Fuentes is a seasoned journalist whose reports have been broadcast on three continents by Radio Netherland, Prisa Radio, and CNN en espanol as well as others. For nearly four years beginning in 2007 Fuentes discovered China from several perspectives and in her book she presents a portrait of ten citizens from different walks of life that candidly expose to her their relationships with family, power and the rest of the world. As she points out in her introduction, it was not an easy feat to gain their confidence as some had never before spoken to a foreigner. The key, as she further states, was to interview them herself in Mandarin due to the fact that they refused to permit another Chinese person to hear their stories, either out of fear or embarrassment. The result was that after several months of conversations, long walks and even police persecution, these individuals openly discussed their goals, dreams and frustrations. It is to be noted that some of the names have been changed in order to protect them.
Divided into ten chapters, Fuentes pens narratives about rich Chinese children, being kidnapped by the government, women marrying gay men who are known as tongqi, a kung fu master, China's new entrepreneurs, people living underground in unbelievable conditions, the Internet junkies, prostitution, viewing Beijing from a taxi and the dark side of China.
Some of the fascinating data revealed by Fuentes is quite mind boggling. Did you know that although it is difficult to pinpoint the number of women married to homosexuals, rough estimates put the number at about sixteen million but could even be higher? That there are actual sex towns, where the mafia operate, located throughout Beijing. There are people that are called rats? Apparently, due to Beijing's prosperous real-estate market and soaring housing costs, at least a million people live undergrod in sub-human conditions. These are people that can only afford to rent a room in the basement of a skyscraper or converted bomb shelter.
At the other end of the spectrum we have a vivid picture of a class of spoiled and indulged children of the newly wealthy known as fu er dai that live in a comfortable bubble, thanks to their parent's fortunes.
There also exists a segment of the population comprising aggressive entrepreneurs that have learned how to ride the wave to success. As pointed out, where would China be without this thriving private sector? “As Fuentes states: “In areas like Zhejiang, the cradle of entrepreneurship, more than six million small and midsize companies employ most of the workforce. There are many tenacious, sacrificing workers leading the boom, some with incredible stories.”
Many books about China have been published, popular and scholarly, that continue to pour off the presses and many of these unfortunately are not presenting us with a true down-to-earth picture of what actually is happening in China from the perspective of individuals from different levels of society What we are exposed to in many instances are really soundbites reflected in the media that often times stress how westernized China is becoming and point to the number of American franchises as KFC, Starbucks and others that populate the country. Fuentes with her journalistic style of writing has given us a pictorial intimate look at several segments of China's society that few of us realized existed. As mentioned in the media communication I received: “This is the first time that a book combines the voices of everyday Chinese people from so many different layers of

ANA FUENTES is a journalist whose reports have been broadcast on three continents by Radio Netherland, Prisa
Radio, CNN en espańol and others. Ana holds a degree in Journalism from the Complutense University in Madrid and
the Sorbonne University in Paris, and a Master’s in Journalism from El País and the University Autonoma in Madrid.
She spent nearly 4 years living and working in China and discovered a world few have written about . . . until now. 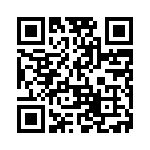