FROM THE SHADOWS: The Ultimate Insider's Story of Five Presidents and How They Won the Cold War

A career undercover man who reached the top of his furtive profession (as director of the CIA from late 1991 through early 1993), Gates sheds considerable light in this wide-angle memoir on the ways ... Read full review

An interesting book for those reading about national security during the Cold War era. I've not read many accounts like this - from senior policy people after they leave office - but I like this ... Read full review

Robert Michael Gates (born September 25, 1943) is an American statesman and university president who served as the 22nd United States Secretary of Defense from 2006 to 2011. Gates served for 26 years in the Central Intelligence Agency and the National Security Council, and under President George H. W. Bush was Director of Central Intelligence. Gates was also an officer in the United States Air Force and during the early part of his military career, he was recruited by the CIA. After leaving the CIA, Gates became president of Texas A&M University and was a member of several corporate boards. He served as a member of the Iraq Study Group, the bipartisan commission co-chaired by James A. Baker III and Lee H. Hamilton, that studied the lessons of the Iraq War. Gates has won many honorary doctorates from universities, including an Honorary Doctorate of Humane Letters from Yale University; his government awards include the Presidential Medal of Freedom. In January 2014, Gates published his autobiography, Duty: Memoirs of a Secretary at War, which quickly became a New York Times bestseller. Gates', A Passion for Leadership: Lessons on Change and Reform from Fifty Years of Public Service, released in 2016, became an iBook bestseller. 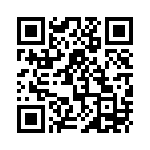