Manning Marable was born in Dayton, Ohio on May 13, 1950. In 1968, he served as the local black newspaper's correspondent and marched along with thousands of others during the funeral procession for Rev. Martin Luther King Jr. He received a bachelor's degree from Earlham College in Indiana, a master's degree from the University of Wisconsin and a doctorate from the University of Maryland. He wrote around 20 books during his lifetime including How Capitalism Underdeveloped Black America, The Great Wells of Democracy: The Meaning of Race in American Life, Speaking Truth to Power: Essays on Race, Resistance and Radicalism, and Malcolm X: A Life of Reinvention. He was a professor of African American studies, history, political science and public affairs at Columbia University. He died from complications of pneumonia on April 1, 2011 at the age of 60. 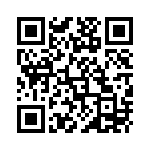