I feel a bit silly giving it 4 stars--but it's just so gosh-darned genial I think I'd hurt its feelings at 3. Mostly its aspirations aren't that high, so it's like rating food trucks compared to ... Read full review

Summary: Peter despises Sheila Tubman, especially now that his brother, Fudge, tells him that he wants to marry Sheila. For this reason, Fudge is very excited and looking forward to their family's ... Read full review

Judy Blume has been winning legions of fans around the world with her stories. More than eighty-two million copies of her books have been sold, and her work has been translated into thirty-two languages. She receives thousands of letters every month from readers of all ages who share their feelings and concerns with her. In addition to her hilarious Fudge books, Tales of a Fourth Grade Nothing, Otherwise Known as Sheila the Great, Superfudge, Fudge-a-Mania and Double Fudge, some of her incredibly popular books include The Pain and the Great One series and Freckle Juice. Judy lives in Key West, Florida, and New York City with her husband.

Emily Gravett has won the Kate Greenaway Medal twice with her books Wolves and Little Mouse's Book of Big Fears. An author-illustrator of unique talent and skill, she has a host of popular and critically acclaimed titles to her name including Dogs, Wolf Won't Bite! and Again! And is the illustrator of Cave Baby, written by Julia Donaldson. Emily lives in Brighton with her family and pet dogs. 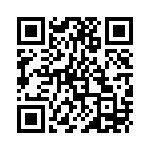