Too scientific but useful for geeky people

Page xviii - fictions," viz., "imaginary cases." (Vaihinger, The Philosophy of "As If," p. 26.) Vaihinger clearly distinguishes between "fictions" and "hypotheses." He argues that "the latter are assumptions which are probable; assumptions, the truth of which can be proved by further experience. They are therefore verifiable. Fictions are never verifiable; for they are hypotheses which are known to be false [sic], but which are employed because of their utility
Appears in 7 books from 1943-2006

Craig F. Bohren is Distinguished Professor Emeritus of Meteorology at the Pennsylvania State University.
In 1988 he was elected a Fellow of the Optical Society of America. He is author of several books, his most recent book being 'Atmospheric Thermodynamics' (with Bruce A. Albrecht). Professor Bohren is the first recipient of the American Meteorological Society's Louis J. Battan Award for Authors. 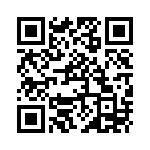