STEVEN M. KAY is Professor of Electrical Engineering at the University of Rhode Island and a leading expert in signal processing. 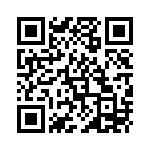