Talk about being a fly on the wall.... This book was fascinating. It tells the stories of the three main presidential contenders in 2008: Obama, Hillary Clinton and McCain, with a little bit about ... Read full review

All the inside info on the 2008 election. . . from the primaries to the ultimate McCain booboo when he picked Sarah Palin as his running mate. A must read. Read full review

John Heilemann, national political correspondent and columnist for New York, is an award-winning journalist and the author of Pride Before the Fall: The Trials of Bill Gates and the End of the Microsoft Era. 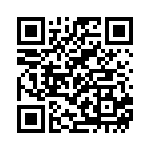