Gardens and the picturesque: studies in the history of landscape architecture

This is a collection of essays, some appearing for the first time, by a prominent historian of landscape architecture. Hunt explores the manipulation of the natural world for comfort and pleasure and ... Read full review

John Dixon Hunt is Professor in the School of English and American Studies at the University of East Anglia and editor of the International Journal of Garden History. 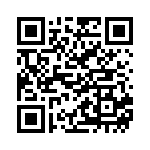