Nikki Giovanni is one of the most prominent black poets of her generation. Born on June 7, 1943, in Knoxville, Tenn., she graduated from Fisk University and later studied at Columbia University. Giovanni creates strongly written poems to convey messages of love, frustration, alienation, and the black experience. She gained national fame with the publication of Black Feeling, Black Talk, Black Judgement in 1970. Full of the spirit of the black community during this era, her works captured the anger and frustration of many of its members. Giovanni has been the recipient of grants from both the National Endowment for the Arts and the Ford Foundation. She has taught English at Rutgers University, Ohio State University, and Queens College and has given frequent poetry readings. She is also known for several sound recordings of her poetry, including Truth Is On Its Way. She has also been a Professor of English at the Virginia Polytechnic Institute and State University. 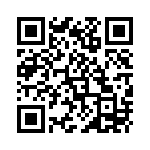