Blenda B. Femenías is a Research Associate at the Haffenreffer Museum of Anthropology at Brown University in Providence, Rhode Island. 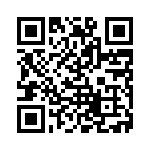