A review of media and feminism. Starts out a bit slow, but stick with it; the overall book is worth the weight. It is a bit out of date now, since much of the online misogyny that has become standard ... Consulter l'avis complet

Rosalind Gill is Professor of Social and Cultural Analysis at the Centre for Cultural, Media and Creative Industries Research at King's College London 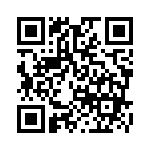