Marta Zarzycka is Assistant Professor in the Gender Studies Department at the Institute of Media and Culture, Utrecht University, the Netherlands. 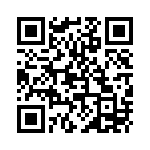