Laura Sjoberg is associate professor of political science, affiliated with the Center for Women's and Gender Studies at the University of Florida. Her research focuses on theoretical and empirical approaches to gender and security, including war theorizing and the study of women's violence. 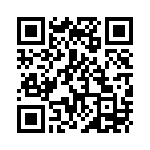